Is It Better For Your Small Business To Lease Or Buy A Digital Business Copier?

For any business that has large workgroups involving high demand for printing and copying, then a digital copier or laser printer can make sense. These devices are available in a variety of models. High-end models of laser copiers and printers tend to go big in all ways possible. They occupy substantial floor space, deal with high volumes of printing, and supports a broad range of paper sizes. Their price tags are often just as big in scope. Machines like these might cost from a few thousand up into the five figures.

It’s honestly the gold standard for how such machines get placed primarily into companies all around the globe. When you compare leasing versus buying a copier, there are a number of considerations that might direct you one way or another.

For many individuals and quite a few businesses, that can be a really big bite into a budget. Also, that initial investment won’t even cover the continuing costs of any laser printer, which include paper, toner replacements, maintenance, and repairs.

The big price tags and ongoing upkeep requirements make a lot of small businesses look into leasing a laser printer instead of buying one. In the realm of printing technology, leasing arrangements are commonly known as ‘managed print services’, and they include quite a few products and services past just the printer.

An Introduction To Managed Print Services And Leasing A Printer

You can certainly lease a copier or printer in a conventional sense, although over the last 10 years, this concept has morphed into something that industry experts call managed print services.

These go beyond a simple lease into something that actually views your printing needs holistically. Frequently, that means that the cost of leasing gets bundled with the costs involved for Sell Toner and paper so that a business gets a comprehensive package as its lease.

For establishments that have limited IT bandwidth, managed services leasing provides a pathway to streamlined management that involves a lot less hassle.

There are only two primary kinds of company equipment leases for the most part. Capital leases are one, and operating leases are the other. 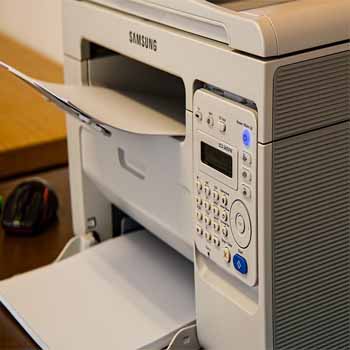 Many companies pick operating leases. These are also known as fair market value leases since they mean lower monthly payments as compared to capital leases. When a company sets up an operating lease for a printer or copier, it is basically renting out the equipment, which means this asset doesn’t get added to their balance sheet at any point.

When the lease is over, the company might have the option to purchase the copier, and the buyout cost gets calculated based on depreciation, agreement terms, wear and tear, market demand, and new technology. Generally speaking, operating leases make more sense for companies that don’t want to deal with the demands of owning a printer or copier but like to keep leasing out recent models.

Capital leases are less frequently chosen by companies. They’re also sometimes known as $1  buyout leases. When a company has a capital lease for a specific piece of equipment, it works less like equipment rental and more like a loan on the money. The principal and interest being paid to go towards the costs of the printer or copier, and the machine does go on the company’s balance sheet.

A capital lease monthly rate is higher since 100 percent of the equipment cost is getting financed. On the other hand, capital leasing does offer companies advantages if they plan on buying eventually, given how the buyout cost is specifically stipulated in the contract when it is first signed. Generally speaking, capital leases make more sense for companies that would like to buy and own a copier or printer but without making the whole purchase upfront.

Kishan Rana is a SEO Consultant and professional Blogger. He has 5+ years of experience in Digital Marketing like SEO, SMO, ASO ORM & Google Ads. He loves Blogging Very Much.

The Best Things to Sell on eBay

Expenses to Consider Before Buying a Car

Thinking About Buying A Custom Plaque? Here’s What to Know

Important Features to Consider When Buying a TV Stand

What To Look For Before Buying A Perfect Inflatable Paddleboard?