The Top 10 Things To Stop Doing While Driving

Do you eat behind the wheel? How about drive with your feet? If so, then stop it.

The best DWI lawyer has decided to monitor the average driver’s habits, and although a lot of these habits might seem funny, the truth is that they are often very dangerous. For some people, they know that death is a possibility when it comes to distracting driving, but even those who believe they are driving safe while engaging in certain habits are still putting themselves and others on the road at risk.

There are many weird and dangerous things people should never do, but they do it anyways. Let’s face it, driving is dangerous in general, and the statistics of how many people diet in car accidents or while travelling in vehicles proves just how dangerous it really is. The truth is that many people view driving as a necessary thing to do, but a boring thing to do.

You have to be extremely attentive when behind the wheel. With that said, there are many things you should never do while driving. In fact, we’re going to discuss 10 dangerous things that a lot of people do while driving, and things you need to stop doing. 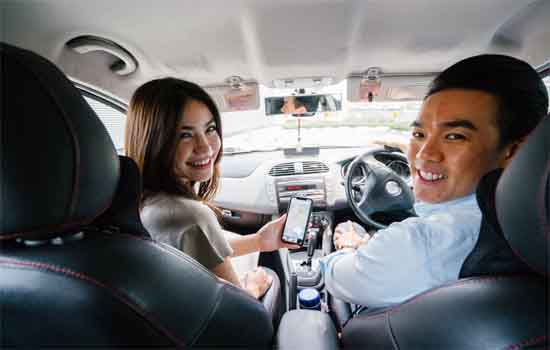 Do you have lightning fast reflexes? If not, then there is no way you can text or use the internet in a safe way while you are driving. All it takes is a split second or two for something bad to happen, so make sure you don’t look at your phone or scroll social media or anything of that nature while you are driving. Do yourself a favor and only use or check your phone when your vehicle isn’t moving.

Kids can become a hassle when they are in a car. Maybe it’s because kids know their parents are busy driving and cannot discipline them properly. However, this can easily become a very dangerous situation. If you are punishing your kids when you’re supposed to be focusing on driving, then you will not be able to pay attention to what’s happening outside.

When your kids act up, pull the car off to the side of the road. Then you can carry out your punishment. After that, then you can continue on driving.

Yes, people get dressed behind the wheel. There are some people out there that think they are that busy that they have no time to fully get dress before getting into their vehicles. When you’re putting on a shirt or a pair of pants, there is no way you can steer a car properly and keep your eyes on the road. Keeping both hands on the wheel is incredibly difficult when you are getting dressed, therefore don’t attempt to get dress when you are driving.

Don’t do your makeup or shave because both will keep your eyes off of the road. When you do makeup, you are required to look into the mirror, so you can properly do your makeup and this means you will put yourself in grave danger if you do it while driving. The same goes for shaving, so do those activities before you get into your car or after you reach your destination.

Some drivers can dine on a small burger while behind the wheel. However, there are a few foods that you should avoid and one of them is tacos. Tacos are messy and they tend to fell apart while being eaten, therefore they serve as a major distraction.

Also, avoid eating greasy foods because grease can get on your hands and gripping the wheel can become difficult. If you do decide to eat while driving, it’s best to stop your car and then eat. If you do eat and drive, then be prepared to toss your food out of the window if you need to take the wheel in the event of an emergency.

Must Know :  Facts About Safety Awareness Of Dump Trucks

Driving while tired is just as bad as driving while intoxicated or under the influence. Drinking a coffee or energy drink might give you a quick boost of energy, but it won’t prevent you from falling asleep. In fact, many people have fallen asleep while they were drinking energy drinks or coffee. The best thing to do is find a place to park so you can rest. 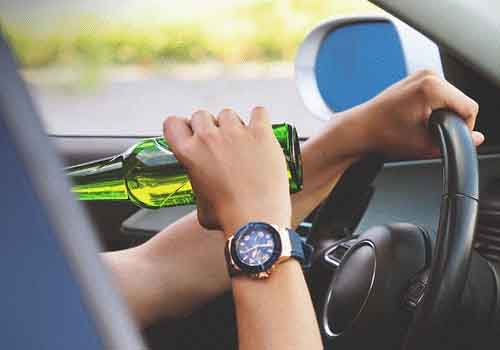 Speaking of driving under the influence, make sure you stay away from drinking alcohol if you are driving. Also, don’t operate a vehicle if you feel buzzed. If you do have a few drinks, then you should take a cab or arrange transportation with a friend or family member.

Yes, some people use their knees to drive their vehicles. This goes without saying, but never steer your wheel with your knees because this will increase your chances of being involved in a car accident. Plus, your knees cannot grip the wheel the same way your hands can and you won’t be able to react as quickly as you would with your hands.

There are certain areas where you’re not legally allowed to speak on your phone. Even in areas where it’s not deemed illegal, you should never engaged in an emotional phone conversation. There are studies out there that show that people who do this are driving just as poorly as those who are driving and maintaining a legal level of alcohol in their system.

Make sure you don’t do any of the above. Doing any of those 10 things can put your life at risk. You’ll also be putting the lives of other drivers at risk and you’ll be at a greater risk of being involved an a serious accident.

4 New Ways You Can Go Green With Your Product Packaging

Create Your Branded Office While Working From Home

Who Invented Walking? Know how and when it was invented

How to Break Patterns of Behavior? Get Things Done Faster!

All you need to know about the multidimensional anger test